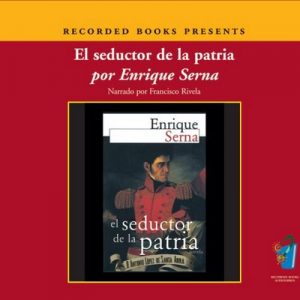 Enrique Serna, an acclaimed Mexican author, has won such awards as the Mazatlan Prize for Literature for his highly praised El Seductor de la Patria. This exceptional novel explores the inner consciousness of Antonio Lopez de Santa Anna, the infamous Mexican general of the 19th century. With suspense and humor, Serna tells the story of this controversial figure, as well as the story of Mexico during this turbulent time period. Drawing on historical documents to inspire his description of Santa Anna, Serna evokes a conflicted character in a conflicted land.