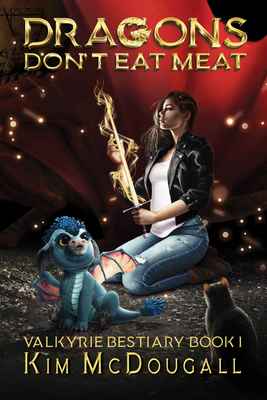 Someone is killing dragons. And the killings point to a civil war brewing among the fae.

When Kyra Greene finds an abandoned baby dragon, she doesn’t want to bring him home. But until she can hunt down his thunder and stop the dragon killers, she’s on babysitting duty.

As a pest controller with a soft heart, Kyra already has an apartment full of rescues, including a basilisk who thinks he’s a turkey, a banshee nanny, and a pygmy kraken. She might take care of them, but they also fill her need for family. And when that family is threatened, she’ll risk everything to save them. She’ll even join forces with the handsome and irritating captain of the city’s vigilante Guardians, who never fails to show up at her most undignified moments.

Along with a quirky cast of misfits and unruly critters, Kyra leaves the safety of Montreal Ward and travels through the dangerous Inbetween—the land beyond the protected city states, where magic is the only rule of law. Can she reunite the lost dragon with his thunder and stop a new and sinister force from invading their home?