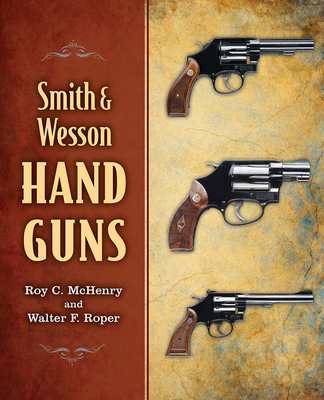 “The story of Smith & Wesson handguns and their evolution is one of the hallowed tales of American firearms’ history,” according to the firearms writer Jim Casada. Anyone who collects Smith & Wessons or is simply interested in their backstory will cherish this book.

Though originally published in 1945, more than half a century ago, Smith & Wesson Hand Guns remains the source for Smith & Wesson enthusiasts. It is an authoritative reference and has remained, for over five decades, the cornerstone upon which Smith & Wesson research rests. This work is foundational, supported by sixty-three detailed illustrations showing the handguns, the unique hammer mechanism, and facsimile reproductions of vintage advertising copy.