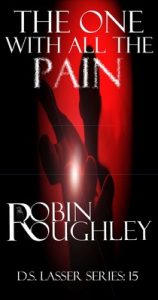 The man is in love with the flames, always has been. There is something about fire that thrills him and draws him in, but now his urges have taken a darker turn and he needs the screams of the innocents to match the roaring of the furnace heat.
Lasser is still trying to come to terms with the death of a well-loved colleague, his mind burdened with pain and guilt, so when they find the charred remains in the woods it jolts him back to the here and now with savage intensity.
Soon, he is forced to admit that someone is out there, someone with an all-consuming hatred, someone who wants to burn the world.
While the flames rise and the bodies writhe in agony, Lasser is caught in a deadly chase as he tries to catch the killer before he puts his ultimate plan into action.
Though there is another at work, someone who uses the tools at his disposal to take his revenge on those who made him suffer.
Caught between the two, Lasser walks a tightrope of death, with one slip meaning a fall into the inferno below and an end to all he knows and loves.