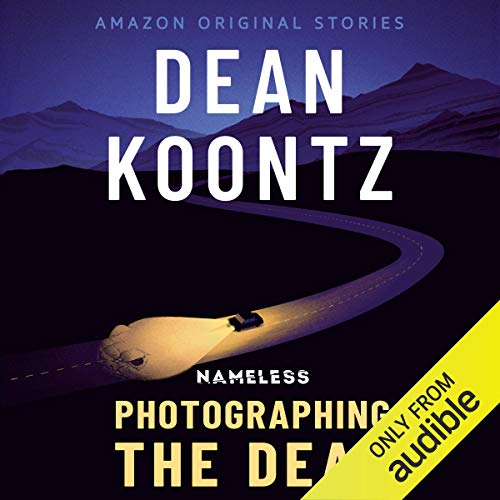 A self-styled artist is getting away with murder in Death Valley. If all goes well, so will Nameless. In part two of the Nameless series, the relentless avenger is haunted by nightmares of the past and visions of what’s to come. Palmer Oxenwald’s hunting ground is the Mojave wasteland. His victims are random tourists and hikers. His trophies are cherished photographs of the damage he’s done. His greatest threat is Nameless. Two men with one thing in common: memories of the dead. For a psychopath like Palmer, they’re a clear rush in black and white. For Nameless, they’re visions of violence buried and erased. But for how long? From number one New York Times best-selling author Dean Koontz comes Photographing the Dead, part of Nameless, a riveting collection of short stories about a vigilante nomad, stripped of his memories and commissioned to kill. Follow him in each story, which can be listened to in a single sitting.