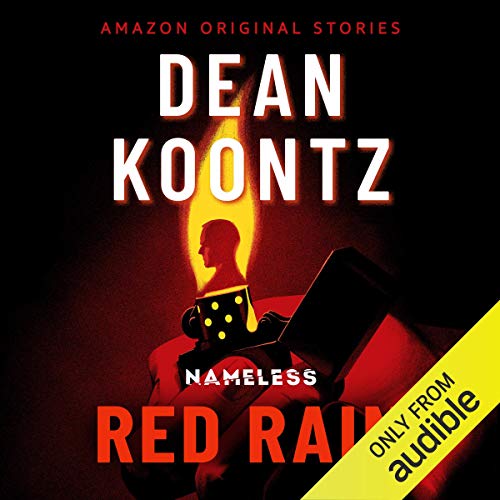 In a town where the corrupt are protected, a bereaved mother seeks retribution for an arsonist’s deadly crimes. Only Nameless can help ease the burden of her grief – and satisfy her rage – in part four of this thrilling series. After a suspicious house fire, Regina Belmont lost her two children, was left disfigured, and was abandoned by her gutless husband. Brokenhearted and bullied into silence by corrupt officials, Regina’s only recourse for truth and justice is Nameless. There’s something about this case that’s breaking Nameless’s heart as well. But can he bear to remember why? From number one New York Times best-selling author Dean Koontz comes Red Rain, part of Nameless, a riveting collection of short stories about a vigilante nomad, stripped of his memories and commissioned to kill. Follow him in each story, which can be listened to in a single sitting.