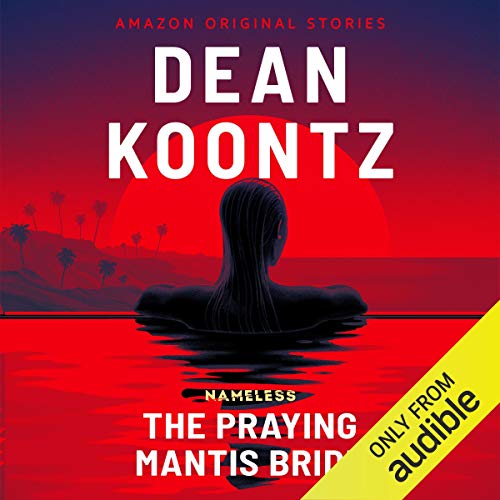 A deadly black widow has eliminated three husbands and counting. But Nameless knows her one weakness. To bring truth and its consequences to her crimes, the vigilante must spin a web of his own in part three of the Nameless series. Lucia – current last name, Rickenbah – has made a fortune by marrying rich men who tend to drop dead. But the superstitious blonde believes in more than money and murder. Nameless’s job is to scare a confession out of Lucia, and as the psychological warfare escalates, even he may be in for a shock. From number one New York Times best-selling author Dean Koontz comes The Praying Mantis Bride, part three of Nameless, a riveting collection of short stories about a vigilante nomad, stripped of his memories and commissioned to kill. Follow him in each story, which can be listened to in a single sitting.